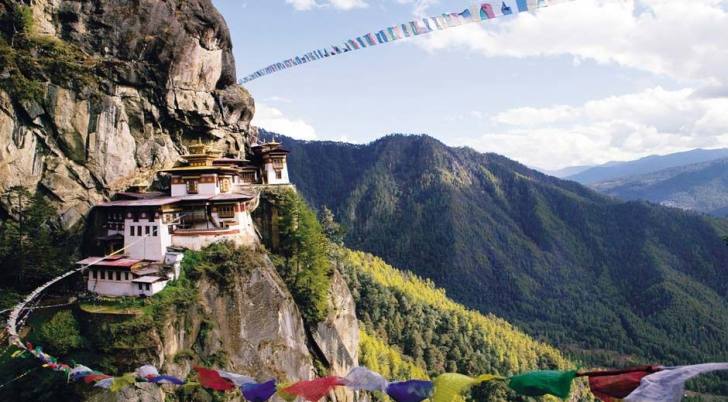 Bhutan officially the Kingdom of Bhutan, is a self-governing state in South Asia. A landlocked country in the Eastern Himalayas, Bhutan borders the People's Republic of China to the north and India to the south, east and west. To the west, it is separated from Nepal by the Indian state of Sikkim; and further south it is separated from Bangladesh by the Indian states of Assam and West Bengal. Bhutan's capital and largest city is Thimphu.

The state religion is Vajrayana Buddhism. The national language is Dzongkha. The landscape ranges from subtropical plains in the south to the sub-alpine Himalayan mountains in the north, where there are peaks in excess of 7,000 metres (23,000 ft). The highest mountain in Bhutan is the Gangkhar Puensum.

Bhutan enjoyed strong cultural links with Tibet and was located on the Silk Road between China and the Indian subcontinent. Bhutan is a founding member of the South Asian Association for Regional Cooperation (SAARC). It is also a member of the United Nations and BIMSTEC. Bhutan has an extensive strategic partnership with India and warm relations with Bangladesh. It has also developed relations with East Asian states. The economy of Bhutan depends greatly on hydropower exports & Tourism.